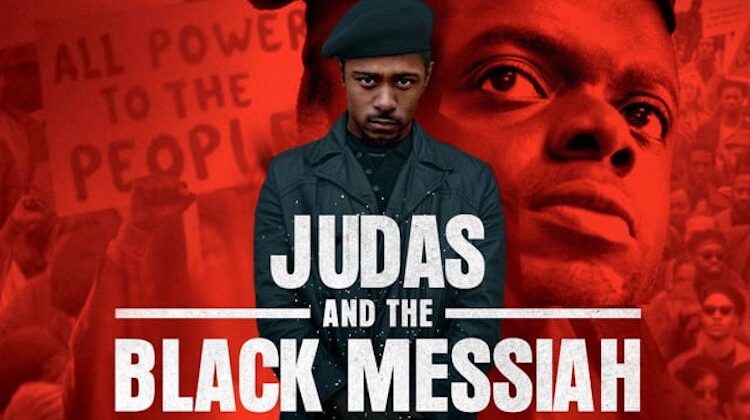 We’re back again bringing you the Snacks Not Included February 2021 film and tv streaming content guide for your screens. We have online film festivals, exclusive screenings as well as some great new TV and film

This month they have 2 quite special free screenings alongside their other amazing content.

4th February they have a screening of Rob Lemkin’s African Apocalypse. The film chronicles a young man’s epic journey from Oxford, England, to Niger on the trail of a colonial killer called Captain Paul Voulet. It’s followed with a Q&A with director, producer & poet Femi Nylander whose journey the film explores. 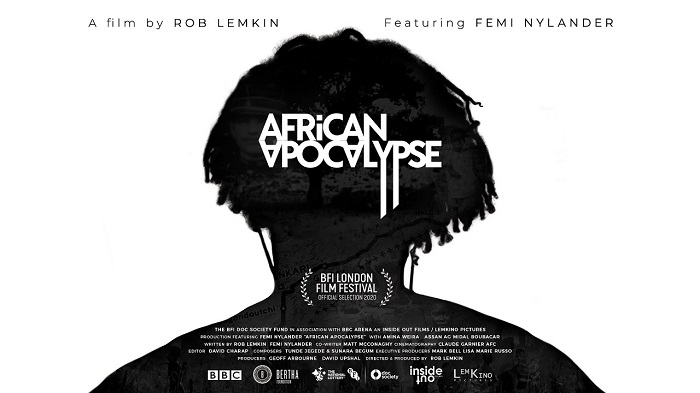 18th February there is a screening of Songs of Repression. The film explores how the residents of the German colony “Villa Baviera” in Chile use different strategies to cope with traumatic years of abuse, religious fanaticism & complicity. The film is followed by a live Q7A with directors Marianne Hougen-Moraga and Estephan Wagner

Both films can be booked a seen at https://dochouse.org/

The Glasgow Film Festival is an annual film festival based in Glasgow, Scotland. The festival began in 2005. Normally in the cinemas but in this time of Love and Rona the festival has moved online with his a wide-ranging programme that celebrates every corner of world cinema and provides a fantastic showcase for the best of Scottish film

Highlights include the UK premiere of the acclaimed Minari, The Swordsman, and the Stacey Lee music documentary Underplayed 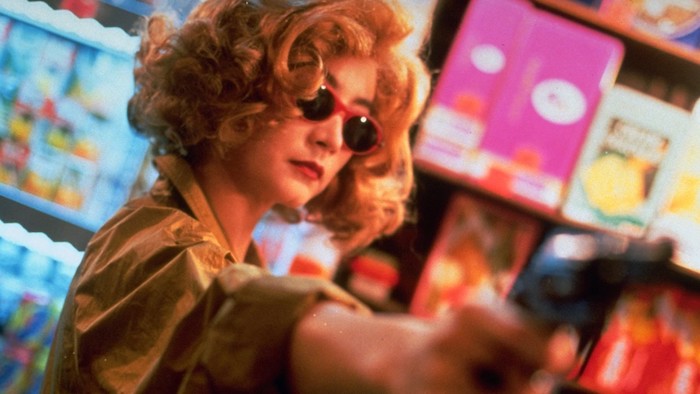 Cinema 3 in the Institute of Contemporary Art’s online streaming platform. This month they have a special retrospective of Wong Kar Wai including seven new 4K restorations. This is the first time many of these films have been available again in many year due to issues with the distributer

Films include Chungking Express, 2046, In the Mood for Love, As Tears Go By, The Hand and Fallen Angels

This is the festival that starts the Oscar buzz for next year. Again due to the current panoramic it has gone online for the first time. There has been plenty of the buzz about the movie CODA

But the section we always look out for is the more cult and horror section. Films like the British horror movie Censor, A Glitch in the Matrix looks like they’ll be goodens. The one everyone is waiting for is the Sion Sono / Nicolas Cage collaboration Prisoners of Ghostland 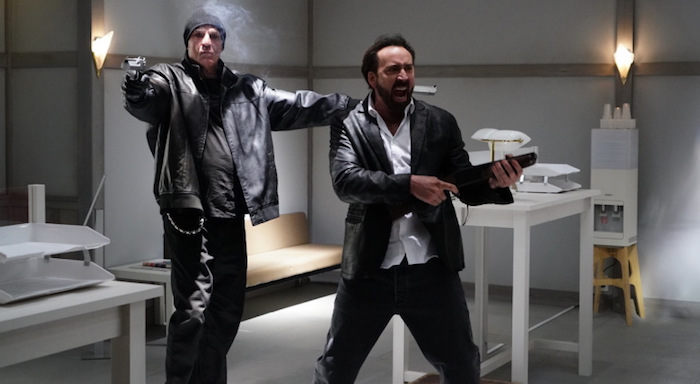 WATCH-AFRICA CYMRU is Wales’ Annual African Film Festival celebrating the best of African cinema. Launched in 2013, the festival provides a platform for African films, art and culture in Wales. Like the other festivals mentioned its has gone digital giving us access to all their films this month from the comfort of our homes and what’s more – the screenings are free!!! 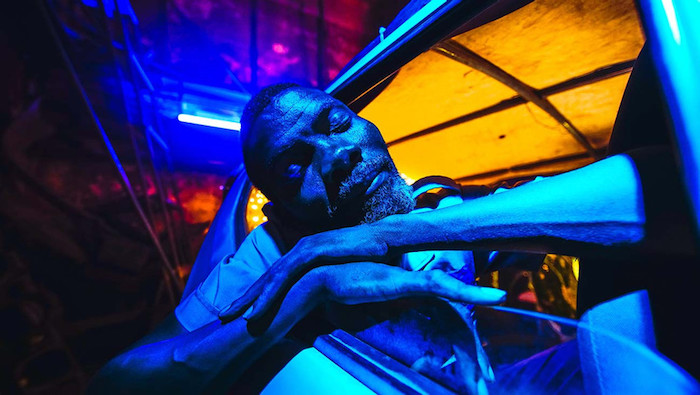 There are plenty of great movies to watch including the Sam Pollard documentary MLK./FBI; one of my favourite movies of 2020 This is Not Burial, It’s a Resurrection by Lemohang Jermiah Mosese and the amazing magical realist tail from Angola Air Conditioner. Get on it

and now a round up of the TV and films coming to our TV screens in February….

Walter Presents always comes with the goods. If Nordic noir and foreign TV series is your thing then his channel for you

His latest offering is Bullets – a 10-part series is created by Antti Pesonen and Minna Virtanen, and it stars Krista Kosonen, Sibel Kekilli (who you might recognise as Shae from Game of Thrones) and Tommi Korpela

This award winning series centres around Mari, an ambitious and professional Intelligence officer who goes undercover to befriend an asylum seeker in Finland and who is of great interest to authorities. The refugee in question is Madina Taburova, a former recruiter of suicide bombers and once one of the most wanted terrorists in the world – but now presumed dead. Mari sets out to win Madina’s trust in a mission to uncover why she’s returned from the grave, and what her intentions are in Helsinki

Cant Get You Out of My Head – Adam Curtis

Now is just the right time in this crazy world for a new Adam Curtis documentary.

His new series of films tells the story of how we got to the strange days we are now experiencing. And why both those in power – and we – find it so difficult to move on.

The films trace different forces across the world that have led to now, not just in the West, but in China and Russia as well. It covers a wide range – including the strange roots of modern conspiracy theories, the history of China, opium and opioids, the history of Artificial Intelligence, melancholy over the loss of empire and, love and power. And explores whether modern culture, despite its radicalism, is really just part of the new system of power.

Adam Curtis says: “These strange days did not just happen. We – and those in power – created them together.”

In TV series sequel to Silence of the Lambs follows Clarice 6 months after the events of SOTLs as she returns to the field to pursue serial murderers and sexual predators while navigating the high-stakes political world of Washington, D.C.

I’m still pissed that Bryan Fuller’s Hannibal was cancelled which is one of the best series ever and wonder why this was made rather than bringing it back. But I’ll still give this a try when it drops will report back, but something tells me it wont reach the heights of Hannibal

The Equalizer has gone from a TV series to a film and back to a TV series again. At the helm of this one is Queen Latifah, which is a new twist on the character. I wasn’t the biggest fan of the movie and this does not look the best by this but I am such a big fan of the Edward Woodward (RIP) original that I’ll give this a go.

On CBS from 7th February

Judas and the Black Messiah

Judas and the Black Messiah is an upcoming American biographical drama film directed and produced by Shaka King. The film details the betrayal of Fred Hampton, chairman of the Black Panther Party in the late 1960s, at the hands of William O’Neal. The film stars Daniel Kaluuya and Lakeith Stanfield as Hampton and O’Neal, respectively, with Jesse Plemons, Dominique Fishback, Ashton Sanders, and Martin Sheen also starring.

This film is hotly tipped for Oscar nominations this year. We’ve been looking forward to this since the trailer first dropped

Denzel Washington, Rami Malek and Jared Leto star in this crime thriller. The film follows two cops in search for a serial killer who’s terrorising Los Angeles. As they track the culprit, they uncover disturbing secrets that could threaten more than his case.

It has received some great reviews so far and has drawn many comparisons to movies like Se7en. If this is your vibe jump on it

The story follows hospice nurse Maud (portrayed by Morfydd Clark), a recent convert to Roman Catholicism, who becomes obsessed with a former dancer in her care (Jennifer Ehle), believing she must save her soul. This movie is a deep one. Get on it

DVD and streaming from 12th February

This John Singleton (RIP) created series about the rise of crack cocaine in LA in the 80s doesn’t shy away from the involvement of the CIA. The series follows the stories of several characters whose lives are fated to intersect: 20-year-old drug dealer Franklin Saint, Mexican luchador Gustavo “El Oso” Zapata, CIA operative Teddy McDonald, and a Mexican crime boss’s niece, Lucia Villanueva.

This French cop drama is in my opinion the best European cop drama out there. It follows the lives of police officers, lawyers, judges and some of the criminals. Centred around Police Captain Laure Berthaud and her team

That was the Snacks Not Included February 2021 film and tv streaming content guide. We’ll be back next month with more. Check our January guide if you haven’t already – many of the films and TV mentioned are still available