Happy new year y’all, whilst we’re in the lockdown 3.0 we’ve brought you the Snacks Not Included January 2021 film and tv streaming content guide for your screens. We have online film festivals, exclusive screenings as well as some great new TV and film

15 – 24 January
For those who love their short films the London Short Film Festival is back with its first digital edition. LSFF exists to spotlight a multiplicity of filmmakers, visual artists and creatives, across intersections and with a commitment to peripheral voices.

Opening the festival is a rare presentation of HowDoYouSayYaminAfrican?’s 35 part filmic opera – Good Stock on the Dimension Floor: an Opera.

You can check their full line up on their website. This is not one to be missed 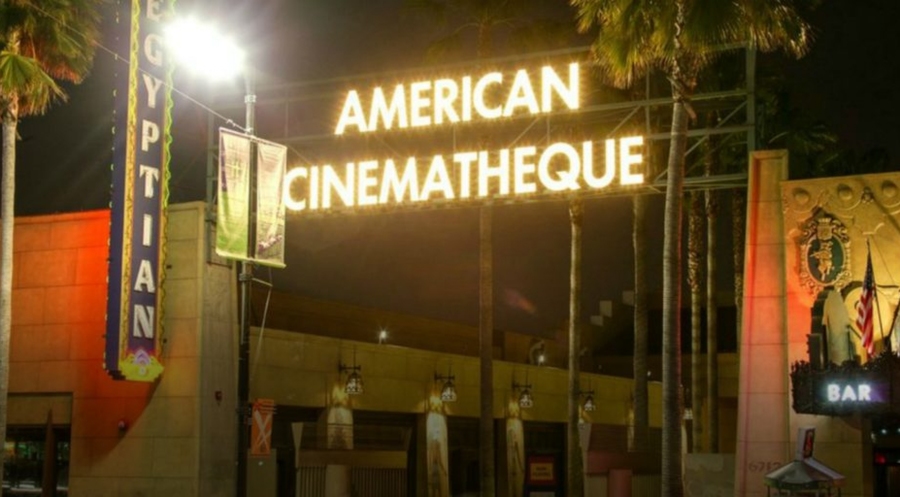 The American Cinematheque is an independent, nonprofit cultural organisation in Los Angeles dedicated exclusively to the public presentation of the moving image in all its forms. This weekend they are putting on free online screenings together Q&As from the artists.

Did I mention these screenings are free!!! 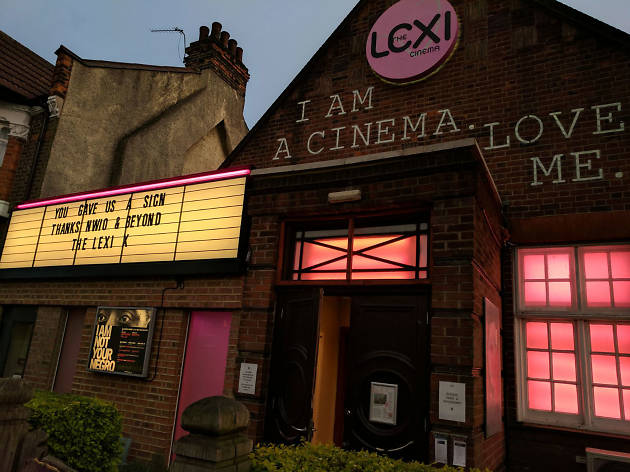 With cinemas closed we need to support our local. The Lexi Cinema can’t be held down by Miss Rona. They have set up a virtual cinema screening free films for the masses.

This month they have the free screenings of Jonathan Glazer’s Under The Skin, John Maclean’s Slow West and Spiderman: Far From Home

Another cinema bringing content to us through lock down is The Rich Mix. They have a variety of screenings and workshops on for us to devour. By watching films directly through the cinema you help to support them whilst they are closed.

Currently streaming is Brandon Cronenberg’s Possessor, which is one of our top films of 2020 and highly recommended. They also have an exclusive screening of the new documentary about the artificial intelligence industry – iHuman by Tonje Hessen Schei with a Q&A

On Wednesday the 13th January they also have a free online masterclass by Kevin B. Lee on how to start your own desktop documentary – https://richmix.org.uk/events/online-desktop-documentaries-a-tutorial-with-kevin-b-lee/

Cinema 3 in the Institute of Contemporary Art’s online streaming platform. They have some great left field content this month including Roberto Minervini’s What You Gonna Do When the World’s on Fire + Q&A. They are also showing artist Rebecca Salvadori’s Rave Trilogy, a series of film works dedicated to electronic music and the communities which ritually congregate around it – I’m looking forward to this especially as I miss a good party as much as I do a cinema screening 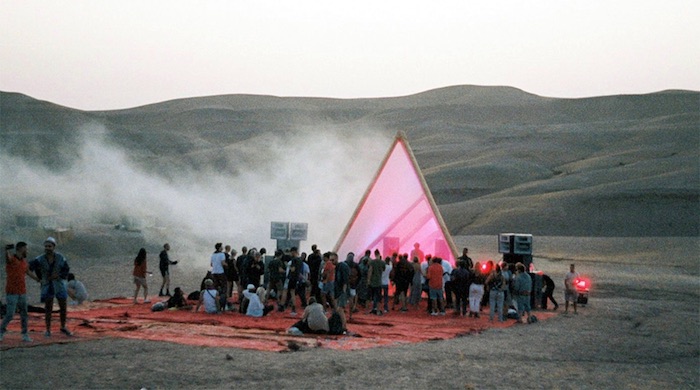 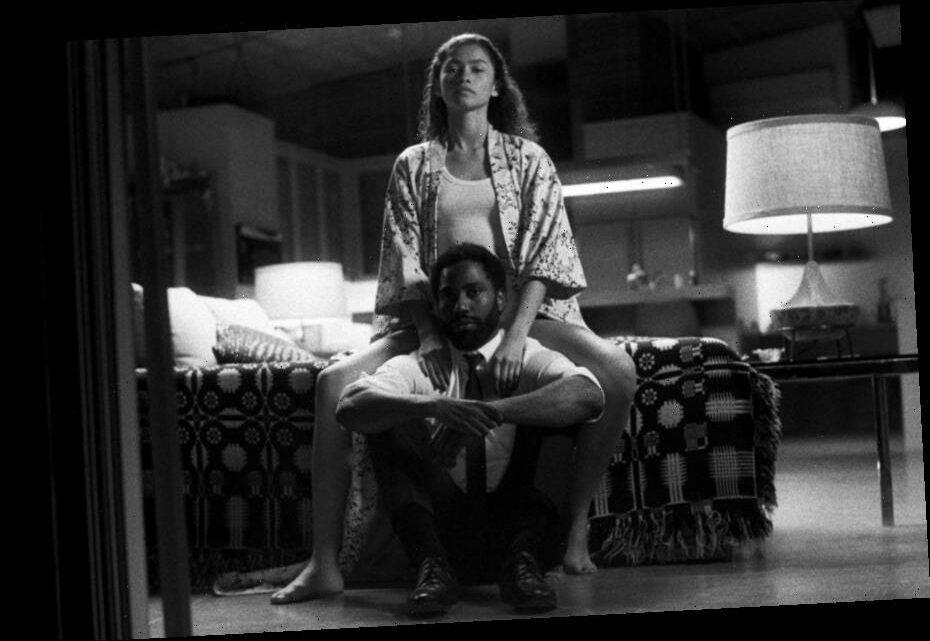 Bounce Cinema were one of my go to film curators when cinemas were open and they continue to bring us the goodness whilst they’re closed.

Malcolm & Marie is an upcoming American drama film, written and directed by Sam Levinson. The film stars John David Washington and Zendaya as the title characters in this secret film they shot during lockdown. Bounce have teamed up with Netflix for this free preview screening followed by a Q&A with the director and cast

We Are Parable present MLK/FBI preview with Q&A

This preview screening is presented by my other go to film curators We Are Parable. It will show on BFI player together with a Q&A with director Sam Pollard as well as two newly commissioned pieces from spoken word artists, exploring and reflecting on Martin Luther King Jr’s experiences while the target of FBI harassment. 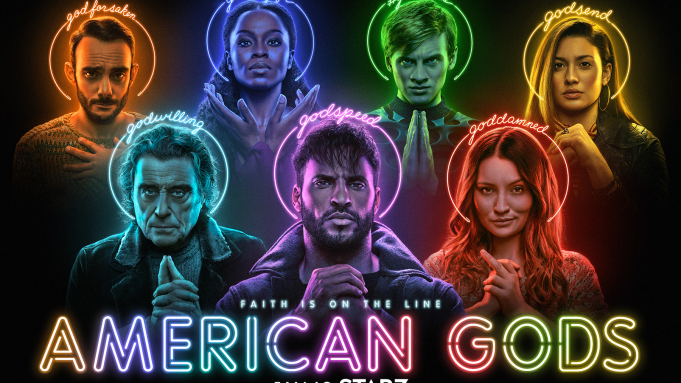 American Gods is an American fantasy drama television series based on Neil Gaiman’s 2001 novel of the same name about the battle between the gods of old and new is about to hit its 3rd season. The production has been marred by the departure of original showrunners Bryan Fuller and Michael Green, then by Orlando Jones who played the brilliant Mr. Nancy was fired as he claimed his character sent “the wrong message for black America”. His scene from season 1 will always be a classic:

There has also been some seemingly strange actor choices for the new season. I hope the show keeps it together, but I guess we’ll soon see and we’ll report back

The Expanse is the best science fiction show on TV right now hands down. Once doomed to be cancelled it was the outcry of legion of fans who convinced Amazon to take over the series. Its now in its 5th season and has taken quite a different turn to the space opera of the first season. Go watch it

This dark twisted fantasy horror based on the Brothers Grimm fairy tale told through the eyes of Gretel has been on the lips of many and has finally hit streaming platforms. It’s received some polarising reviews, but is definitely worth a watch if the lush visuals in the trailer grabs you. I look forward to catching this one

This Cannes grand jury prize winning film by Ladj Ly has finally hit streaming platforms. The film, set in the commune of Montfermeil in the aftermath of the 2018 FIFA World Cup, is based on a real-life occurrence of police violence which took place in the city on 14 October 2008, and was observed and filmed by Ly. The story follows several characters within the commune, as a theft from a teenager spirals into the threat of a large crisis. Look out for our future episode on this film

One Night in Miami

This directorial debut from Regina King fictionalises the night where four icons of sports, music, and activism – soon to be called Muhammad Ali, Cassius Clay, Malcolm X, Sam Cooke and Jim Brown gathered to celebrate one of the biggest upsets in boxing history. It has received rave reviews and Pistol Rock caught it at the London Film Festival and he has given it his seal of approval

Directed by Mikael Håfström – this film set the near future, a drone pilot sent into a war zone finds himself paired with a top-secret android officer on a mission to stop a nuclear attack. This film stars both Anthony Mackie and Damson Idris

Streaming on Netflix from 15 January

This M. Night Shyamalan psychological horror tells the story of a Philadelphia couple mourning after an unspeakable tragedy creates a rift in their marriage and opens the door for a mysterious force to enter their home. The show is a slow burner and creepy as hell. Its returning this month for its second season. Its definitely one to watch if you like your chills

This series was quite a surprise for me as the Bong Joon Ho movie is so great and I didn’t think this could live up to it. The series is different to the film and brings a new dynamic to the story. I’m definitely looking forward to seeing the story develop

WandaVision is a miniseries created by Jac Schaeffer based on the Marvel Comics characters Wanda Maximoff / Scarlet Witch and Vision. It is set in the Marvel Cinematic Universe. Its the first on the Disney+ MCU TV shows and it looks like it will be a trip

This show dropped seemingly out of nowhere recently. The series is about a group of teenage girls whose plane crashes, leaving them stranded on a deserted island. The show invokes the spirit of Lost without the overly long rabbit hole and I say that in a good way. I can’t wait for the second season