Black History Month – filmmakers to look out for 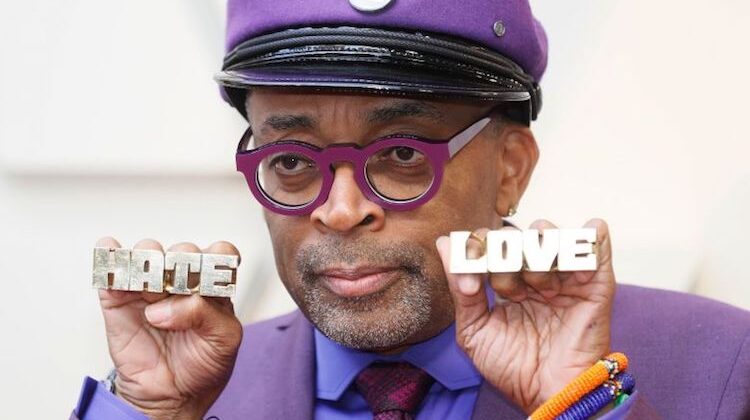 It’s Black History month and Pistol Rock & Tendai have put together a slice of black filmmakers who they are really loving at the moment. We have a selection of directors from over the globe for you. Get in it. 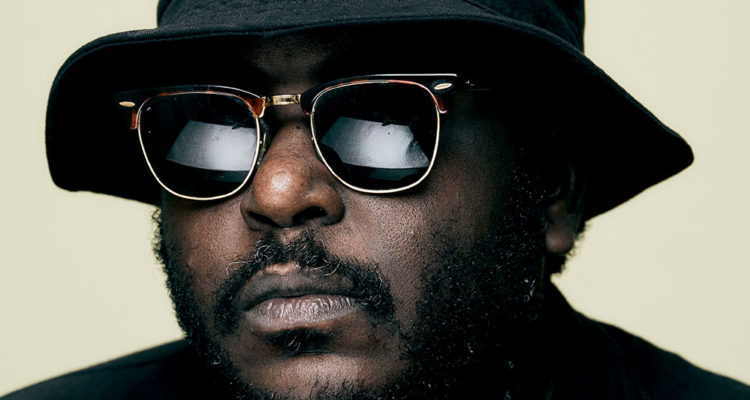 Abba T Makama is a visual artist and movie director who is changing the face of what many of gatekeepers want to consider as Nigerian cinema. He is part of the Surreal 16 Collective together with CJ Obasi. He really caught my eye with the movie The Lost Okoroshi which featured heavily on the festival circuit and is out now on Netflix. The film gave an amazing comic take on the transect between traditional and modern values 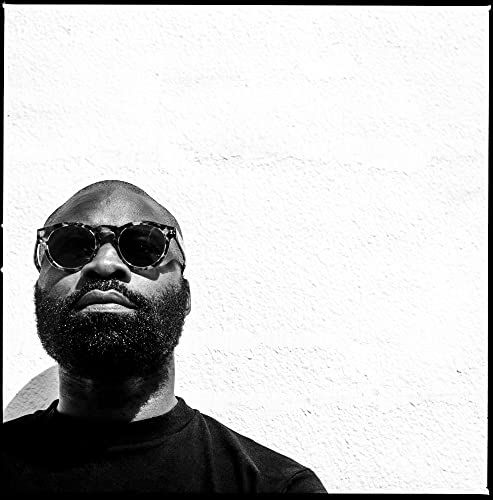 Nigerian born and London raised artist and film maker hit the scenes in 2013 with his documentary Sodiq about a young man he knew who was convicted of murder. It won many awards but it was his short film Entitled made or Random Acts on Channel 4 that truly put him in the spotlight. Entitled beautifully captured a slice of the Nigerian experience and is the perfect film to watch during Black History Month (and any other time). He is really one to watch and I can’t wait for what he does next 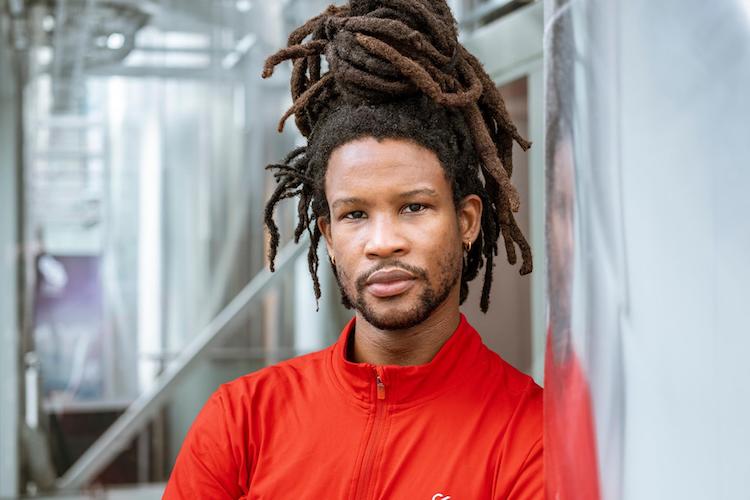 I’ve been following Akinola Davies Jr’s amazing shorts for some time now. His work intersects between UK and West Africa looking at the political and the social and where they meet the modern and traditional. His latest short film Lizard was part of the BFI London Film Festival 2020. He’s a film maker and visual artist to keep on your radar. You can view some of his movies on his website

Antoine is a decorated Hollywood director and producer. He has worked on classic big-budget films such as Training Day, Tears of the sun, The magnificent seven, etc. He works with Denzel Washington a lot as they have cultivated a catalogue of collections of films they have made together.

As much as I love all of Antoine films, The Equalizer (the remake) is my favourite film, due to the simple fact, how he and Denzel managed to add more to the original show. 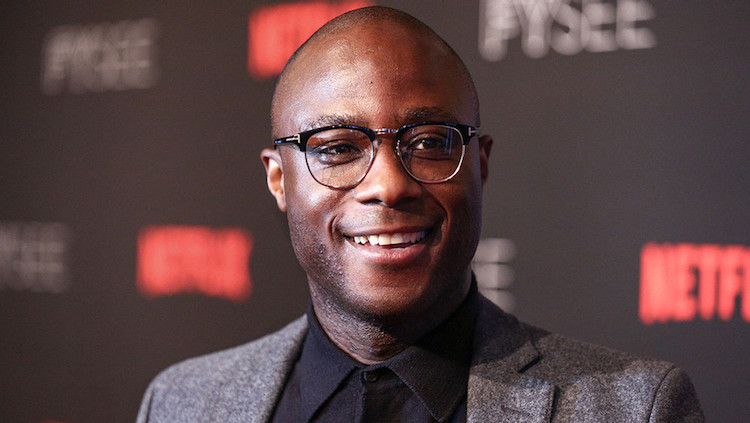 Barry has been a director I admired ever since I watched the first film he made after film school called ‘Medicine For Melancholy.’  Starring Wyatt Cenac at the time an upcoming comedian/actor, and actress Tracey Heggins. The film circles around Micha and Joanna after a one night stand, and the city of San Francisco at the going through gentrification. It’s a love story that’s not forced. 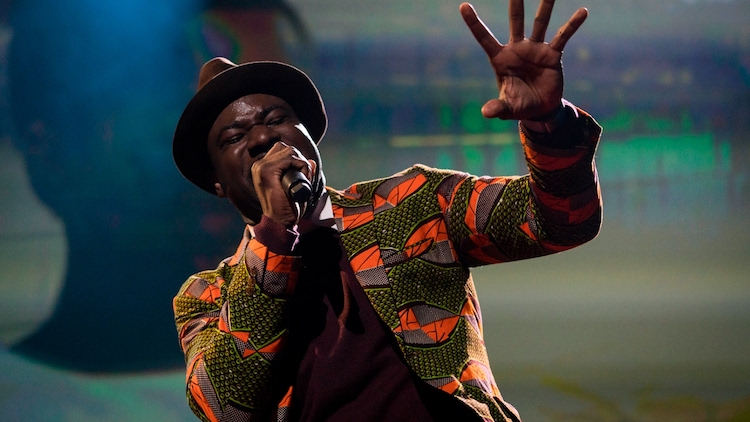 Ghanaian born and NYC based musician and film maker Blitz Bazawule aka Blitz The Ambassador made his feature debut with 2018’s magical realist tale The Burial of Kojo which won best movie at the African Movie Academy Awards. It was then picked up by Ava DuVernay’s ARRAY distribution company and became first Ghanaian film released on Netflix. Blitz has more recently produced and directed parts of Beyonce’s Black is King and is directing the musical adaptation of The Color Purple 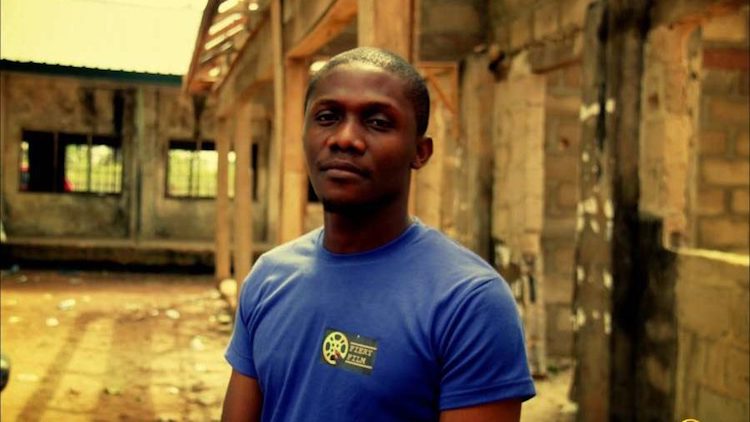 Fiery is another part of the Nigerian Surreal 16 collective. He burst to fame with his low budget Nigerian zombie movie Ojuju and crime drama O-Town. More recently his short afrofuturist scifi short Hello, Rain featured at festivals worldwide to acclaim. I’ve seen it a couple of times and its a favourite of mine. His latest Surreal 16 anthology Juju Stories comes out later this year.

Gray directed and produced a lot of cult black film in the 90s, Friday, Set it off, along with few slept on Hollywood big-budget production, such as The Italian job (remake), Law abiding citizen, straight out of Compton, and not forgetting a staggering collection of classic music videos he directed working with artists such as Outkast, Dre, Whitney Houston, TLC, Ice Cube.

Gray made his directorial debut with  ‘Friday’,  starring  the young Chris Tucker, and Ice Cube. The film became a cult classic. After rewatching it I noticed he makes a cameo as a store clerk worker. 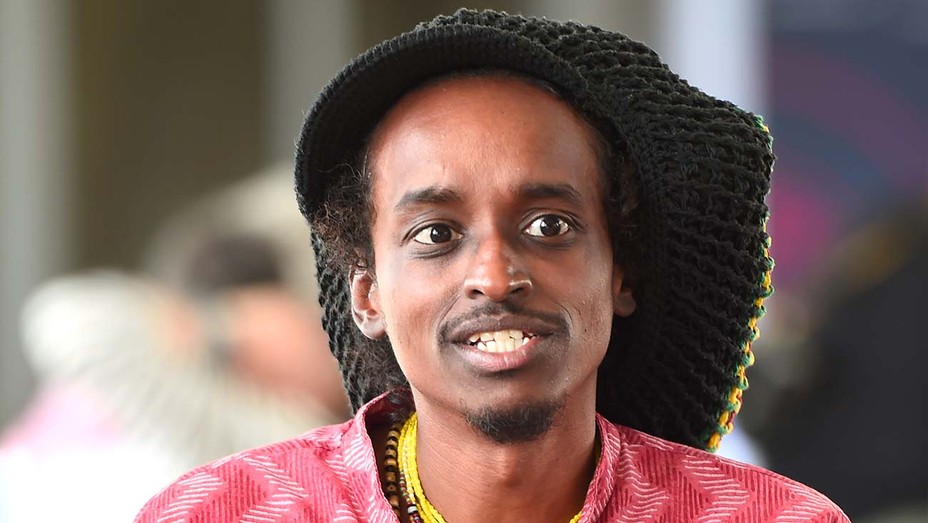 Hajooj Kuka was in the press recently for being one of 11 Sudanese artists who were arrested on trumped up charges on “creating a public nuisance” after their theatre workshop was attacked by extremists. He’s a director, community activist and war correspondent. It was his movie aKasha about a Sundanese soldier caught between his love for his girlfriend and his AK-47 that really put me on his radar. He was also this year admitted as a member of the Academy of Motion Picture Arts and Sciences 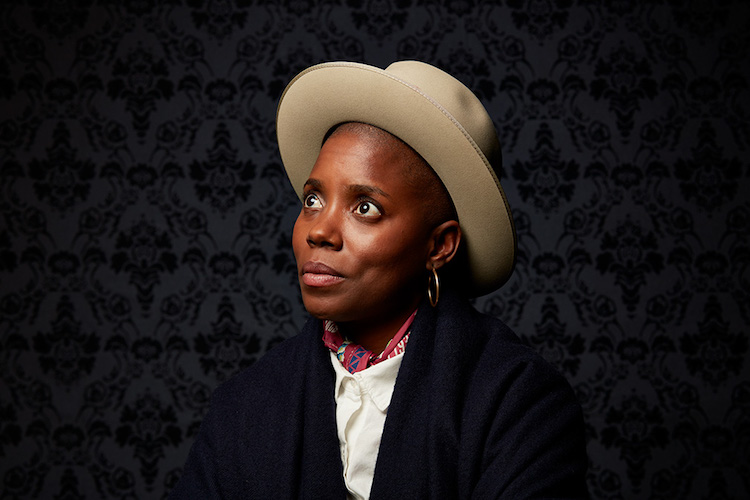 Janicza is a director to watch out for. I’m getting fond of her dry humour comedy short films she made previously. She has made her directorial debut with ‘Lemon’ in 2018 and her recent film Zola. She writes her own material and directs it, which is always encouraging. 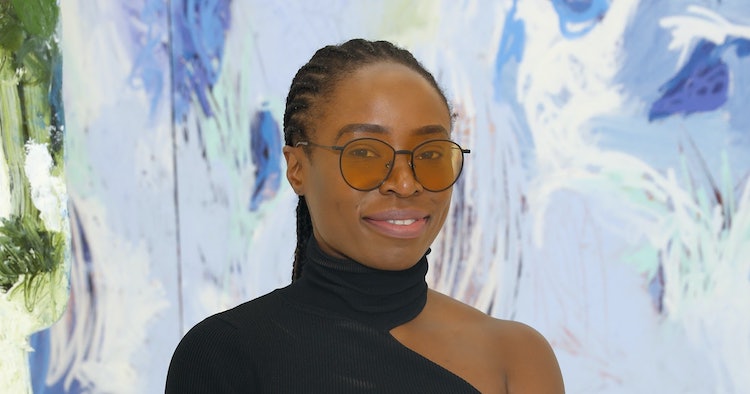 Jenn Nkiru is a British-Nigerian artist and director from Peckham who more recently has shot to fame for directing the Brown Skin Girl segment in Beyonce’s Black is King. It was her earlier films Rebirth is Necessary and As Told To G/D Thyself that really first drew me to her. She explores blackness in her films through art music and Afrofuturism. 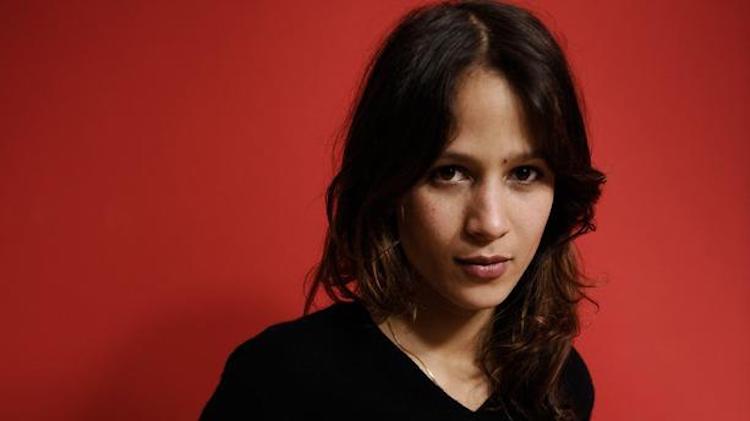 Mati Diop is a French – Senegalese actress and film director whose directorial feature debut Atlantics (Atlantique) was became the first feature by a black woman up for the Palme d’Or at the Cannes Film Festival. The strength of Atlantics as a debut has really made her a watch on sight director with a very bright future. We covered Atlantics in Snacks Not Included episode 2. 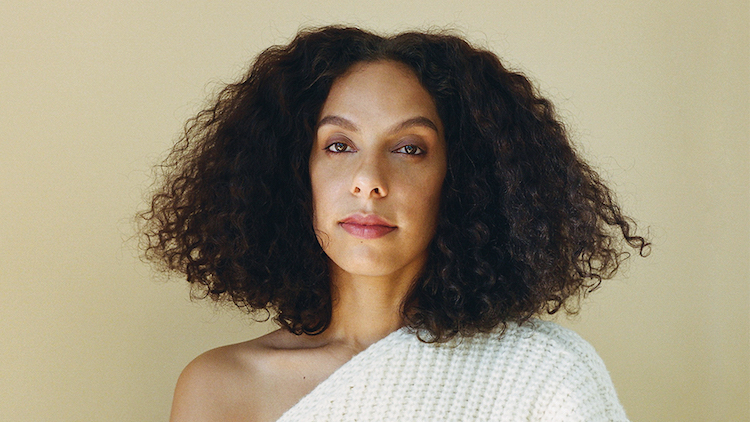 Grammy award winning music video director Melina Matsuoka moved in to TV directing Insecure and then film with the hit Queen and Slim. She music video aesthetic made the film an audio-visual treat and a watch on site film maker for me. 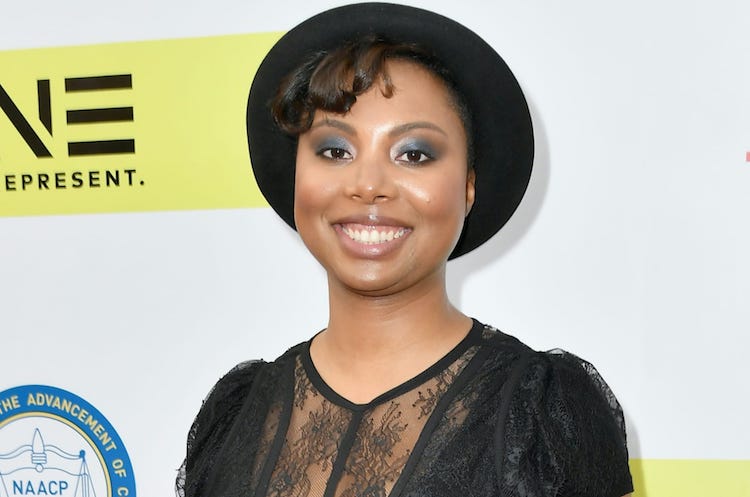 I first heard of Misha Green when she produced what is, in my opinion one of the most underrated scifi shows of the last decade – Helix. She went on produce the Harriet Tubman take Underground and my current favourite show Lovecraft Country. She is next producing the remake of the 1973 blaxploitation flick Cleopatra Jones. I can’t wait for this. 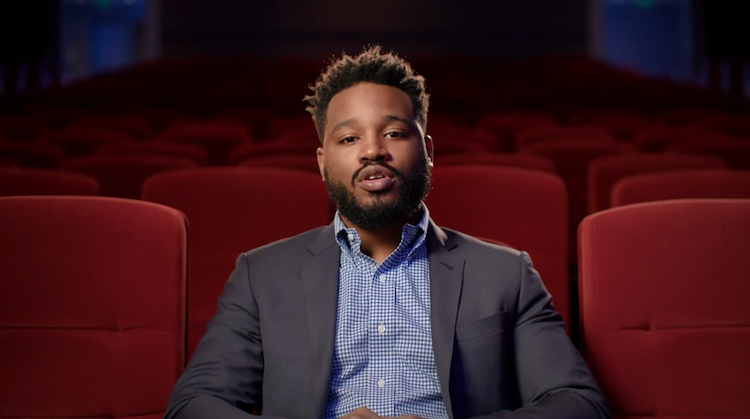 Ryan now a big Hollywood director has always been a director that excited me ever since watching his first directorial debut film ‘Fruitvale Station’. A drama biographical film starring Michael b Jordan as Oscar Grant. It Follows the final day of Oscar Grant’s life before he is killed by police in the Oakland bay area train station later that new years eve. 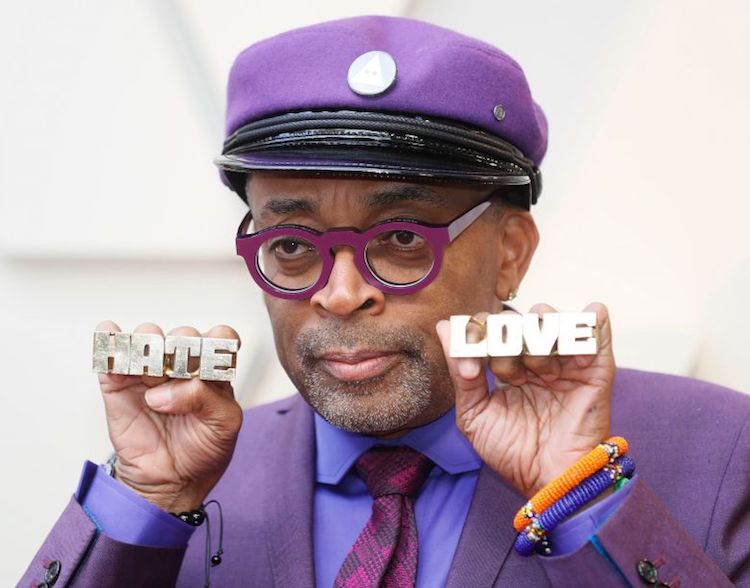 I grew up watching spike Lee films. My love for Spike’s films is always at a crossroad. Watching films about black people in a positive light has always been through Spike’s lens. As much as his films try to educate you, it is also entertaining through the use of camera movement to tell a story.

The film that made me fall in love with spike apart from his shorts, has to be ‘Do The Right Thing’. The way the film encapsulates the brewing hostility and racial tension, mix with the comic relief at times is amazing. A classic among ones. 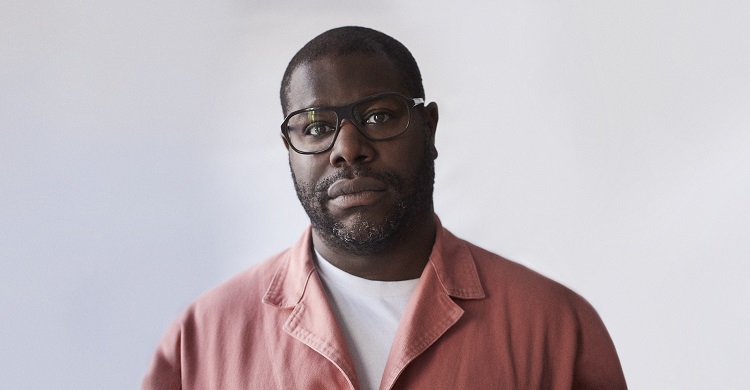 Steve started as a video artist having his work shown around at The Museum of Modern Art, San Francisco Museum of Modern Art. He leaps into a narrative form of storytelling debuting with ‘Hunger’. Steve in his short time as a director managed to bring a memorable, yet touching and thought-provoking films to screen, such as ‘Shame’, ’12 years a slave’, and his most recent ‘Small Axe’, five-part anthology series exploring the experiences of London’s West Indian community between 1969 and 1982.

‘Shame’ is one of my favourite Steve’s films, as it follows Brandon played by Michael Fassbender, a sex addict private person who’s life falls apart after his sister(played by Carey Mulligan) arrives for an indefinite stay. Steve’s use of wide camera angle in the film shows Brandon’s distance with the outside world.


That was the Snacks Not Included Black History Month filmmakers. We’ll be back with more content and more episodes for you soon