Must see documentaries to learn about black oppression and racism 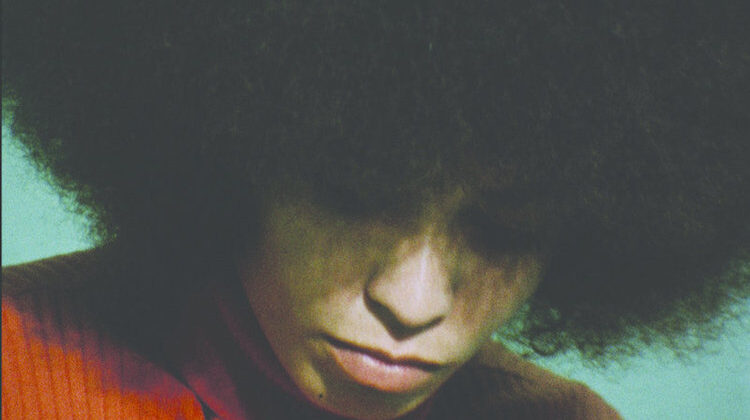 We are living in a time of immense change. The lynching of George Floyd has been the catalyst for a much overdue worldwide movement for black lives.

There is a whole history and education we have not been given in our schools and beyond. Many people are looking for documentaries that give insight & history into the black experience of racism and oppression.

Whilst it will take more than watching documentaries to fully understand the hundreds of years of subjugation, racism & oppression black people have experienced this its definitely a good jump off.

Here are a selection of documentaries that Snacks Not Included recommend to understand the understand the black experience of racism and oppression both in the UK and overseas.


Full of many interesting facts this multiple award documentary is highly recommended.

Black and British: A Forgotten History

David Olusoga explores Britain’s history, examining the country’s relationship with people of African descent. Throughout the documentary Olusoga visits historically significant sites and erects 20 plaques over Britain, Africa and the Caribbean to commemorate events and people

A documentary illustrating the black community’s understanding of, and response to, racism in Britain. It presents from a black working class perspective, an analysis of racism within the context of British history and the post-war crisis of the British economy. At the same time the film reflects the increasingly militant response within the black community to the continuing attacks upon it, both by organised fascist elements on the streets, and by the state itself.


PBS refused to air this 1978 documentary as the creators intended, and instead broadcast a heavily censored version in August 1978. PBS then filed a lawsuit against the director to prevent him from distributing the film. The deputy director of the British Information Service in the U.S. called Blacks’ Britannica “dangerous,” and the film was banned in the U.K. It was eventually broadcast in its unedited form in 1989, by a small, independent cable program called “Alternative News” in Austin, Texas.


For three decades, the film canisters sat undisturbed in a cellar beneath the Swedish National Broadcasting Company. Inside was roll after roll of startlingly fresh and candid 16mm footage shot in the 1960s and 1970s in the United States, all of it focused on the anti-war and Black Power movements.

With contemporary audio interviews from leading African American artists, activists, musicians and scholars. The Black Power Mixtape 1967-1975 looks at the people, society, culture, and style that fuelled an era of convulsive change.

The Death and Life of Marsha P Johnson

When Stonewall Veteran and beloved Greenwich Village personality Marsha P Johnson turned up dead shortly after Gay Pride in 1992, it was the latest in a series of murders, gay bashings, and “mysterious” deaths in the local gay community. Johnson is seen in footage at a political march shortly before this, at an action trying to draw attention to these hate crimes. Tragically, Johnson then becomes the next victim. Like the other suspicious deaths, Johnson’s death is quickly dismissed as a “suicide”, even though there is no evidence that Johnson was suicidal, and significant evidence that Johnson was harassed and stalked on that very night. Demonstrations are held to protest the lack of police investigation, but it is not until decades later that transgender crime advocate Victoria Cruz succeeds in getting some answers.


The England riots of 2011 in the aftermath of the murder of Mark Duggan was seen by many in politics and media as “thuggery”. There was cultural context behind the events that is explored in this award winning documentary

I’m Not Your Negro

Narrated by Samuel L. Jackson, I’m Not Your Negro is inspired by James Baldwin’s unfinished manuscript, Remember This House. The film explores the history of racism in the United States through Baldwin’s reminiscences of civil rights leaders Medgar Evers, Malcolm X, and Martin Luther King Jr., as well as his personal observations of American history 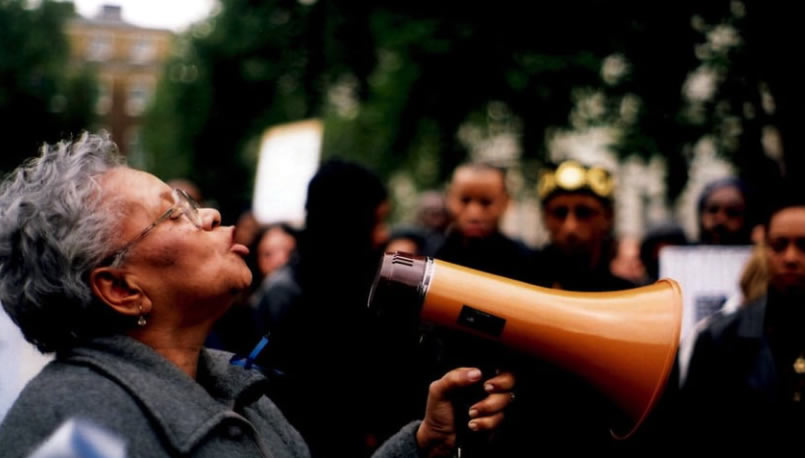 The struggles for justice by the families of people that have died in police custody.

In 1969 David Oluwale became the first black person to die in police custody in Britain. Many others have died since then. None of the police officers involved have been convicted of these deaths. In this documentary, the families of these victims ask “Why not?”

This is a blow by blow account of the relentless struggles of the families as they find out how they lost their loved ones in extremely violent deaths at the hands of police officers.
Each family is met with a wall of official secrecy and the film documents how they unite and challenge this together. The documentary uses powerful exclusive footage filmed over a five year period and witnesses the families pain and anger at the killings. It documents the fight to retrieve the bodies for burial, the mockery of police self-investigation and the collusion of the legal system in the deaths. The film asks why an accused killer in a police uniform is not judged by the same standards as the rest of society.

This film has never been shown on UK television. There is currently a petition to get it broadcast on UK TV

Available on Vimeo
Injustice from Migrant Media on Vimeo.

Twenty-five years after the verdict in the Rodney King trial sparked several days of protests, violence and looting in Los Angeles, LA 92 immerses viewers in that tumultuous period through stunning and rarely seen archival footage. The film looks at the events of 1992 from a multitude of vantage points, bringing a fresh perspective to a pivotal moment that reverberates to this day.

Strong Island is an American 2017 true-crime documentary film directed by Yance Ford. The film centers on the April 1992 murder of Ford’s brother William, a 24-year-old African-American teacher in New York, who was killed by Mark P. Reilly, a 19-year-old white chop shop mechanic. An all-white grand jury in Suffolk County declined to indict his killer, who claimed self-defence.


This gut wrenching series traces the tragic case of Kalief Browder, a Black Bronx teen who spent three horrific years in jail, two of them in solitary confinement on Rikers Island, despite not being convicted of a crime.

Told by the activists and leaders who live and breathe this movement for justice, an unflinching look at the Ferguson uprising. When unarmed teenager Michael Brown is killed by police and left lying in the street for hours, it marks a breaking point for the residents of St. Louis, Missouri. Grief, long-standing racial tensions and renewed anger bring residents together to hold vigil and protest this latest tragedy. Empowered parents, artists, and teachers from around the country come together as freedom fighters. As the National Guard descends on Ferguson with military grade weaponry, these young community members become the torchbearers of a new resistance.

Looks after yourselves and others out there