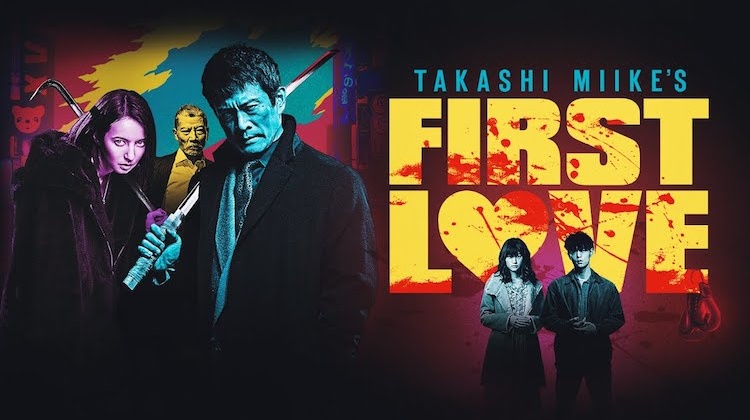 Valentines Day is here and in Snacks Not Included style we present to you the top alternative valentines movies. Love stories with the occasional splatter of blood and descent into the dark!!!

A widower takes an offer to screen girls at a special audition, arranged for him by a friend to find him a new wife. This takes a turn for the worst when his new love of his life isn’t what she seems!!! This Takashi Miike film still rocks me to the core every time I see it!!!

This intense Nicolas Winding Refn movie chronicles the love between Leo and his girlfriend Louise which appears sealed when she is expecting a baby, but things go horribly wrong.

Beneath the mystery, intrigue, surrealistic violence and the nitrous oxide inhaling Dennis Hopper are 2 developing love stories – one very weird in its nature.

Behind the minimalistic dialogue, car chases, violence and shootouts Drive is in fact a turbulent love story between Driver & Irene.

Eternal Sunshine of the Spotless Mind

When their relationship turns sour, a couple undergoes a medical procedure to have each other erased from their memories.

Falling for the first true artificial intelligence, housed in the body of a beautiful robot girl will always go sideways

The second movie from Takashi Miike in this list. First Love tells the story of an escort and boxer whose lives cross over one night with a whole lot of violence, drugs, corrupt cops, and the Yakuza a long the way

A love story of the Apple age and the 2nd Spike Jonze movie in the list. A lonely writer develops an unlikely relationship with his newly purchased operating system that’s designed to meet his every need.

Welcome to Love’s inferno. This Sion Sono movie tells the story of three women entangled in a mystery…a mystery that is the gate to a hell-bound love like no other!

This Danish crime thriller is slick. Just think of a retelling of that old Sandra Bullock rom-com Whilst You Were Sleeping, without the laughs and splatters of blood.

At the core of this John Woo bullet ballet is the love story between the hit man and the singer he accidentally blinded, its a great buddy movie as well.

What says love more than being turned into a lobster if you don’t find a romantic partner in 45 days?

A 4 hour long extreme love story based around perversion, Christianity and religious cults this equally shocking and funny movie needs to be seen to be believed. Its also the second film from Sion Sono to hit this list

Love sucks. Especially when you’re vampires and you getting back with your ex is disrupted by the arrival of her uncontrollable younger sister

Whoever thought a first Tinder date could go this sideways!!!. We caught this just the other week at the BFI. Full review coming soon

How far would you go for the one you love? Too far

Scott Pilgrim Vs The World

What would you do for love? Would you go to battle with your girlfriend’s 7 evil exes to win her heart?

Shaun of the Dead

Rivers of blood pour in this horror that if you look deep enough is a romance. Way more than its romance are scenes of pure horror. This movie scared me shitless. This is the movie that put Alexandre Aja on the map

The is nothing like the Sicilian mob, the FBI and a bag full of drugs to get in course of true love

Shane Carruth’s science fiction love story, full of the weird and wonderful. Difficult to fully understand on the first viewing but full of emotion

After a highly unusual zombie saves a still-living girl from an attack, the two form a relationship that sets in motion events that might transform the entire lifeless world.