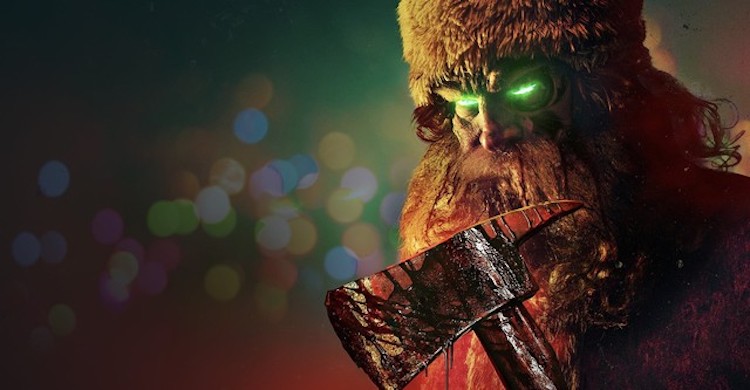 Not only does this Tim Burton sequel take place during Christmas, but Christmas celebrations play a huge part in the narrative of the movie. With Michael Keaton, Michelle Pfeiffer and Danny DeVito its definitely one to catch up on during the holiday season. 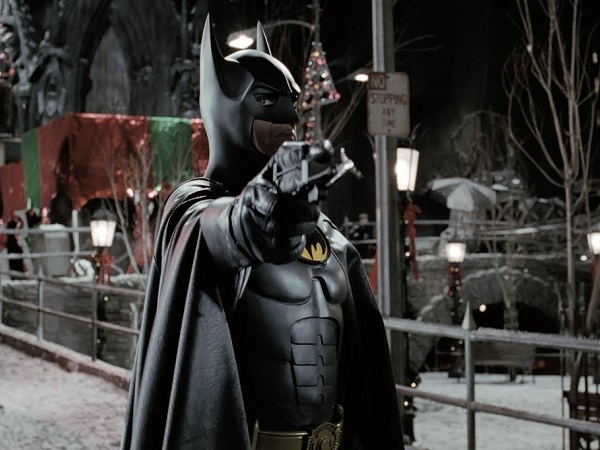 In this just released horror available on Shudder. It’s Christmas Eve and Tori just wants to get drunk and party, but when a robotic Santa Claus at a nearby toy store goes haywire and begins a rampant killing spree through her small town, she’s forced into a battle for survival. This film is not for everyone. Directed by Joe Begos its much in the same vein of his previous films Bliss and VFW. If you’re a fan of those films you’ll be into this one.

I warn you – this is one of those bad but good movies. The trailer lets you know how bad its going to be. If these awful but ironically good low budget horror movies are not your bag then avoid this one. An evil yet adorable Gingerbread man comes to life with the soul of a convicted killer, played by Gary Busey – this real life cookie monster wreaks havoc on the girl who sent the killer to the electric chair.

This is the film that inspired me to do this second list. This David Lowery joint, staring Dev Patel is a fantasy retelling of the medieval story of Sir Gawain and the Green Knight. It’s not for everyone and its one of the most underrated movies of 2021. Despite it being set at Christmas, it’s not a Christmas movie like we know them today, instead it/s more a medieval Britain & pagan Christmas tale.

Is Gremlins a Christmas movie you ask? Hell yeah it is. Not only is it full of Christmas cheer, its level of horror was the film that basically gave rise to the PG-13 rating in the States after many parents were enraged by its content.

I don’t what it is about Shane Black and Christmas themes, but you can’t talk about Christmas movies without mentioning his name. The ties to Christmas might me a little thinner on this one compared to over Shane Black movies, plus I have always loved this movie so I’m adding it. Rest in peace Tony Scott.

Our second Shane Black outing. If you haven’t seen it in a long time you may be asking yourself is Lethal Weapon really a Christmas movie? Then you have to remember the coke deal in the Christmas tree lot, Gary Busey shooting up a Christmas tree and a whole lot more.

Its plot follows a young businesswoman who becomes trapped in an underground parking garage in midtown Manhattan on Christmas Eve, where she is pursued by a psychopathic security guard who is obsessed with her. This film was written and produced by Alexandre Aja and Grégory Levasseur creators of French slasher horror hit High Tension aka Switchblade Romance.

We can’t have a movie list without Pistol Rock’s favourite director Paul Thomas Anderson featuring in it. This Christmas based drama romance set in 1950s London, tells the story a renowned dressmaker (played by Daniel Day Lewis) whose fastidious life is disrupted by a young, strong-willed woman, who becomes his muse and lover. Whilst on the surface it sounds like a Christmas romance film, its definitely more like an alternative anti-Christmas movie.

They say Rambo: First Blood is a nativity play with guns and I agree. Set during the holiday season, a veteran Green Beret is forced by a cruel Sheriff and his deputies to flee into the mountains and wage an escalating one-man war against his pursuers. Also co-written by Sylvester Stallone, First Blood is the first and best of the franchise.

The film that put Sean Baker on the map. Shot completely on iPhone, Tangerine tells the story of a hooker tears through Tinseltown on Christmas Eve searching for the pimp who broke her heart. Whilst there is no snow in the sunny California setting of this comedy drama, it is definitely full of Christmas spirit.

This great new action comedy stars Stranger Things’ David Harbour as Santa Claus. He gets in the way of a group of mercenaries attacking a wealthy family. Its a whole lot of comedy action fun from the producers of Nobody. It’s out in cinemas now. 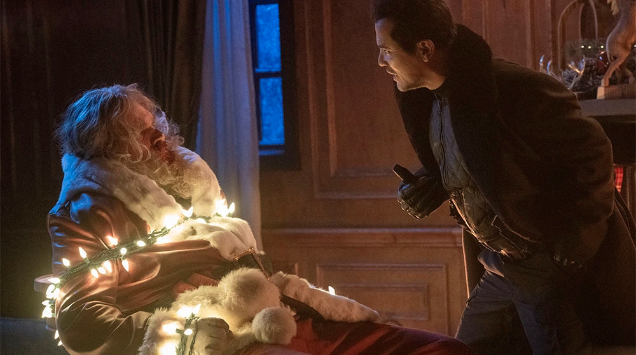 That’s all for this year, but the Snacks Not Included guide to alternative Christmas movies will no doubt return again next season. Look out for the podcast episodes officially launching in January.